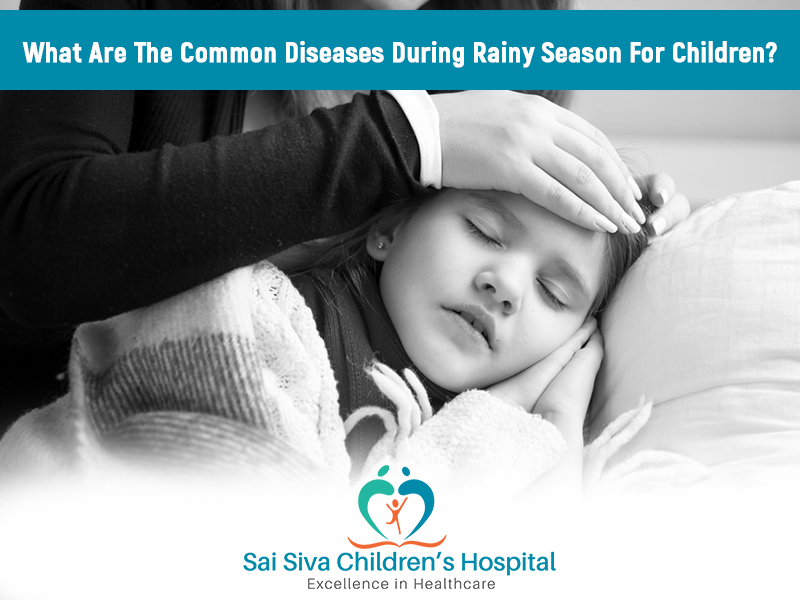 What Are The Common Diseases During Rainy Season For Children?

The most awaited monsoon season is here!

Everyone wants to go outside and enjoy the first rain of the season, enjoy good street food and play in puddles. However, they all are at risk as they get exposed to various kinds of germs and viruses that cause them to be in bed for the rest of the season due to illness. Disease in the rainy season in infants also increases, because their bodies will get suddenly exposed to large fluctuations in the atmosphere and large numbers of microorganisms that the body must fight.

We are familiar with the flu season and none other than our favourite monsoon season, just in disguise. It is the reason why this is the best time to take action: “Prevention is better than cure”.
Several medical conditions can be prevented and can be treated by your doctor at home, while some may require proper medical attention. Otherwise, they can be fatal. The following diseases information is provided by Sai Siva Children’s Hospital which are caused in children easily during the rainy season and sometimes in adults also.

Influenza (Cold and Flu):
One of the most common during the rainy season is an influenza virus. It is a very contagious disease due to the spread of microorganisms in the air, which infects the upper respiratory tract, which affects the nose and throat. 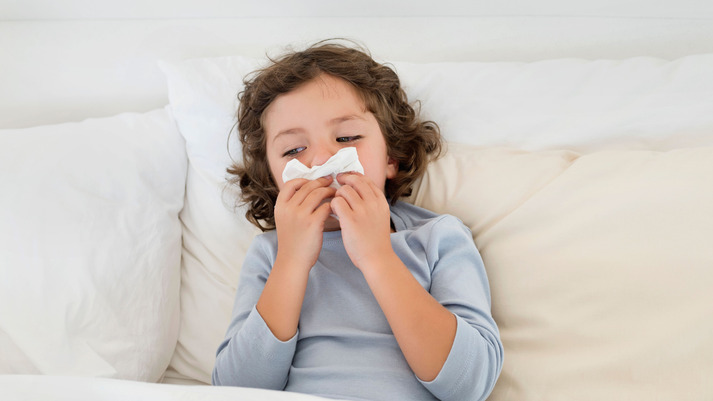 Symptoms include nasal congestion or runny nose, sore throat, body aches, soreness and fever. It is better to visit a doctor and get the medication needed to cure the infection
The best way to prevent colds is to have a healthy, balanced and nutritious diet that strengthens the immune system and increases endurance.

Cholera:
Another common and deadly bacterial disease that spreads throughout the season is cholera, which is caused by contaminated food and water and poor sanitary conditions. Symptoms of cholera include severe diarrhoea with watery stool, and vomiting, which immediately causes loss of water and muscle cramps.

Diarrhoea can be so severe that it can cause excessive dehydration and electrolyte imbalance for hours. Rapid tests are available to determine the presence of cholera virus from stool samples.

Cholera needs immediate treatment because this disease can kill a child within a few hours as a parent take care of a child by replacing lost fluids and electrolytes with a simple rehydration solution, Oral Rehydration Salt (ORS). ORS solution is available as a powder and liquid form and the powder dissolves in boiling water. Antibiotics are not a component needed for the treatment of cholera.

Typhoid:
Typhoid is caused by a bacteria called salmonella, and it is a waterborne bacterial infection. This fever is caused by contaminated food or drinking water that is infected with the faeces of an infected person. The diagnosis is made for all blood cultures, bone marrow or faeces as well as for the Widal test. 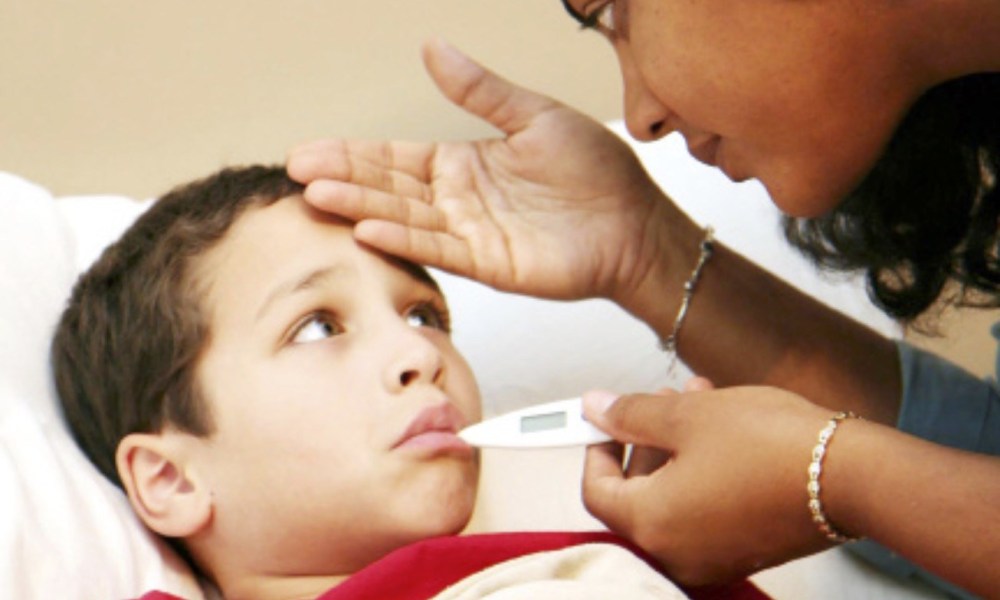 Treatment for typhoid fever includes antibiotics such as azithromycin, fluoroquinolones, or third-generation cephalosporins.

Hepatitis A:
Hepatitis A is caused by a virus hepatitis A and is a highly contagious liver infection. It is an aquatic viral infection that is usually caused by contaminated drinking water or food containing faeces of people with a virus that can spread through flies.

Consumption of contaminated fruits, vegetables, or other foods during handling can cause the spread of infection. The symptoms of this disease are directly related to inflammation of the liver caused by a virus.

Symptoms include jaundice (yellow eyes and skin, dark urine), abdominal pain, loss of appetite, nausea, fever, diarrhoea and fatigue. Blood tests are done to determine the presence of hepatitis A in your body.
There is no specific treatment for hepatitis A. In most cases of hepatitis A, the liver heals within six months without permanent injury. Management includes rest, nausea and rests to the liver.

Dengue:
One of the most common diseases seen in children is dengue fever. This disease is transmitted by mosquitoes which accumulate in standing water.Dengue fever is caused by a family of mosquito viruses. It spreads from what are called tiger mosquitoes (Aedes aegypti), which have black and white stripes and usually bite in the morning or at dawn. Dengue fever has different names, like broken bones fever. 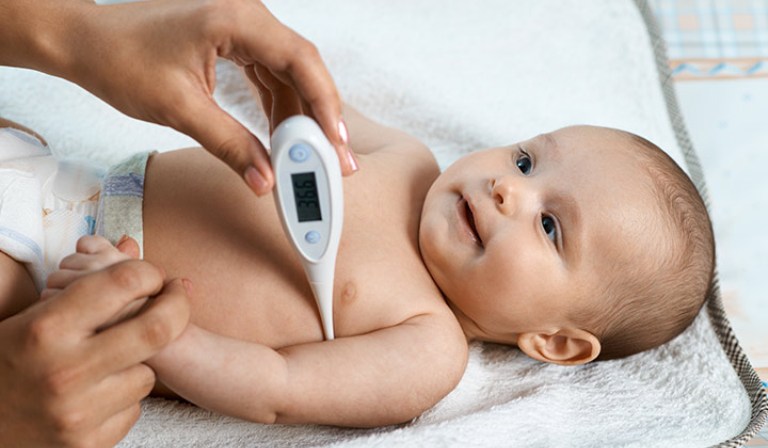 There are no special antibiotics or antiviral drugs to treat it. In typical dengue, treatment is about relieving symptoms and signs. Rest and fluid intake are essential. Use of painkillers such as nonsteroidal anti-inflammatory drugs should only be taken under medical supervision because they have the potential to exacerbate bleeding complications.

Doctors recommend painkillers for headaches and joint and muscle aches (myalgia). Platelet count must monitor during the disease. Sometimes, hospitalisation for dengue is needed, depending on the patient’s condition for taking IV fluids.

Malaria:
One of the common monsoon diseases, malaria, is caused by several species of mosquitoes that breed in dirty water. Because there are problems with water intake during the rainy season, mosquitoes get good breeding conditions. Anopheles mosquitoes transmit this fever bacteria. Most of the deaths caused by Plasmodium falciparum and are the most dangerous type of malaria, also known as cerebral malaria. Other forms of malaria include Plasmodium. vivax,ovale malaria.

Usually, malaria is diagnosed by microscopic examination of blood using a blood film or an antigen-based rapid diagnostic test. 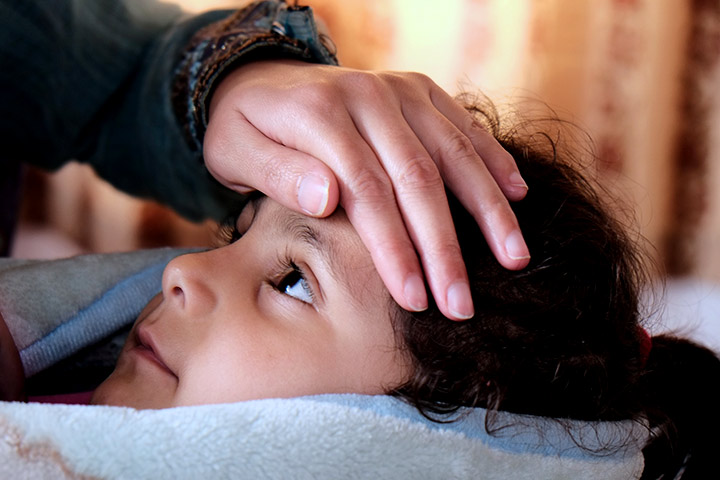 Symptoms are high fever, body aches, cold and sweating. If left untreated, complications such as jaundice, severe anaemia or even liver and kidney failure can occur. Malaria has successfully treated with anti-malaria medicine.

Viral Fever:
Changes in weather that suddenly often causes fever virus, are characterised by fatigue, cold, body aches and fever. This disease is contagious and spreads through infection drops in the air or physical contact with contaminated secretions. The total duration of viral illness is 3 to 7 days, with the highest severity of disease occurring within the first three days.

Viral fever is a common symptom throughout the year, but most often occurs during the rainy season. Symptoms are severe fever, runny nose and cough. It can take 3-7 days. It is always a good idea to consult with a doctor before making a diagnosis.

General treatment: If the side effects and symptoms related to the viral use of over-the-counter medications are recommended. After consulting their doctor. Viral diseases usually heal themselves and typically do not require antibiotics unless there is one secondary infection.

Chikungunya:
Chikungunya is mainly caused by mosquitoes that occur in standing water in air conditioners, refrigerators, plants, equipment and water pipes. This disease is transmitted by mosquito bite Aedes albopictus that can bite you at night and also during the day. 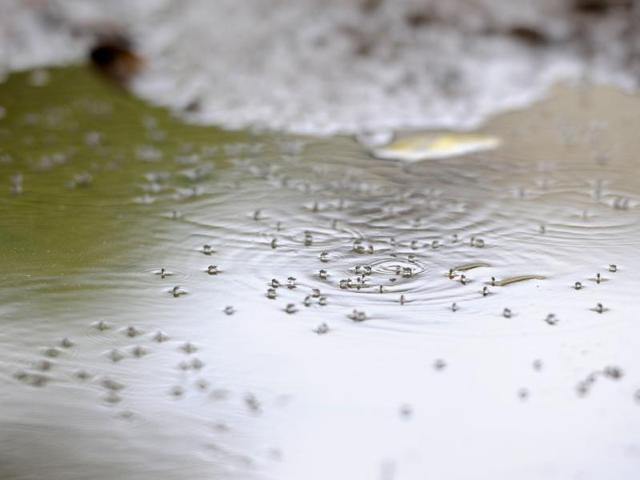 Joint pain and fever are the two most common symptoms of chikungunya. Cleaning the surface or container of stagnant water and using insect repellents is the best way to prevent chikungunya.

Gastroenteritis:
Gastroenteritis and food poisoning are common in the rainy season, and high humidity encourages the growth of pathogenic bacteria in food. Common symptoms of gastroenteritis include stomach cramps, nausea, vomiting or diarrhoea. Fever can develop, and a person may feel unwell and weak as the disease develops.

It’s essential to be hydrated at all times and recommend light diets such as rice, cottage cheese, fruits like bananas or apples. Rice starch water or coconut water is also a proper channel for treating humidity. Use of ORS recommended. The course of treatment is basically to prevent dehydration, to control fever.

Doctors prescribe antibiotics after an assessment of the patient’s condition.

Preventive Measures During Rainy Season:
Some general health tips for preventing the rainy season that we want to share with you for your convenience during this rainy season: 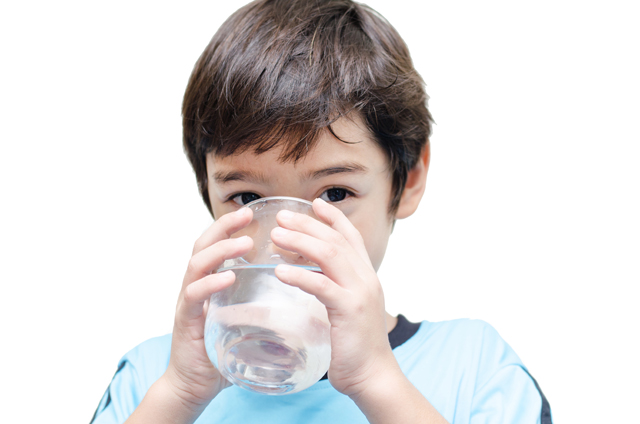 Conclusion:
The rainy season is a time to go out and have fun for children and so that they are free to do so. But it is our responsibility to maintain the cleanliness and follow preventive measures of our environment so that diseases remain as far away from us as possible.

If you have signs or symptoms and you need treatment or want to find out, please contact our centre at Sai Siva Children’s Hospital. Our doctors focus on the prevention, diagnosis and treatment of diseases in children.