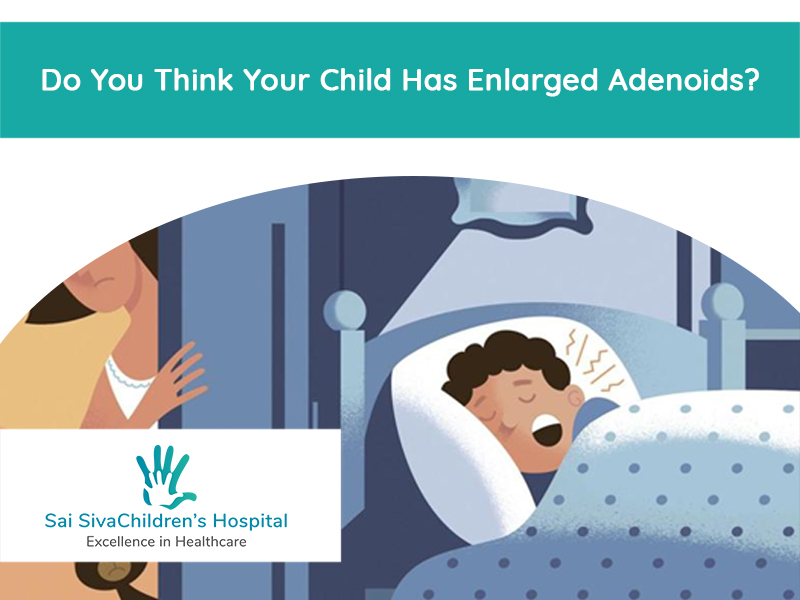 Do You Think Your Child Has Enlarged Adenoids?

Children find it difficult to explain what they are going through, their knowledge and vocabulary are many times restricted to just expressions and gestures. But certain symptoms are indicative of specific conditions which parents should be able to guess so that they can act on it before aggravation of the condition.

While soreness in the throat is indicative of throat infection or tonsillitis, which are common and easy to identify, what you might not have heard of is adenoiditis. As much as it sounds similar to tonsillitis, it is similar in symptoms too. Hence, so that you don’t confuse one for the other, read on to know what enlarged adenoids feel like.

Glands on the roof of your child’s mouth, behind their soft palate, where their nose connects to the throat, are adenoids. Adenoids are basically pharyngeal tonsils, that produce antibodies, or white blood cells that help fight infections. Like the function of tonsils, adenoids too help in keeping your little one’s body healthy by trapping harmful bacteria and viruses that they breathe in or swallow.

Unlike tonsils, adenoids cannot be seen, they start shrinking and may disappear by adulthood.

What are enlarged adenoids?

As mentioned earlier, adenoids cannot be seen, but when the adenoid tissue temporarily swells sometimes, as it tries to fight off an infection, it can be seen when you open your mouth wide and that is known as an enlarged adenoid. The swelling sometimes gets better by itself, but sometimes can get infected and inflamed. If the adenoids get infected a lot, your child might need medical intervention.

What are the symptoms of Enlarged Adenoids?

The symptoms often associated with enlarged adenoids that you can observe in your child are,

What are the treatments for enlarged adenoids?

We at Sai Siva work towards relieving children of their suffering so that they make the most of their childhood without the interference of health issues. Our efficient and experienced team of doctors are compassionate towards our little patients and give their best to help them recover.

Sai Siva Children’s Hospital, Chanda Nagar, is a full-fledged medical facility specially designed for pediatric patients as well as young adults. The hospital was started in the year 2008, with the aim of reaching out to schools and villages to educate the middle and high school students about health & hygiene.

Sai Siva Children’s Hospital is one of the most sought-after children’s hospitals in Hyderabad with a team of experienced doctors and skilled staff who aim to help your child have healthy growth and development. We believe that children today are the future of our world, and must have good health to make the world a better place to live in.