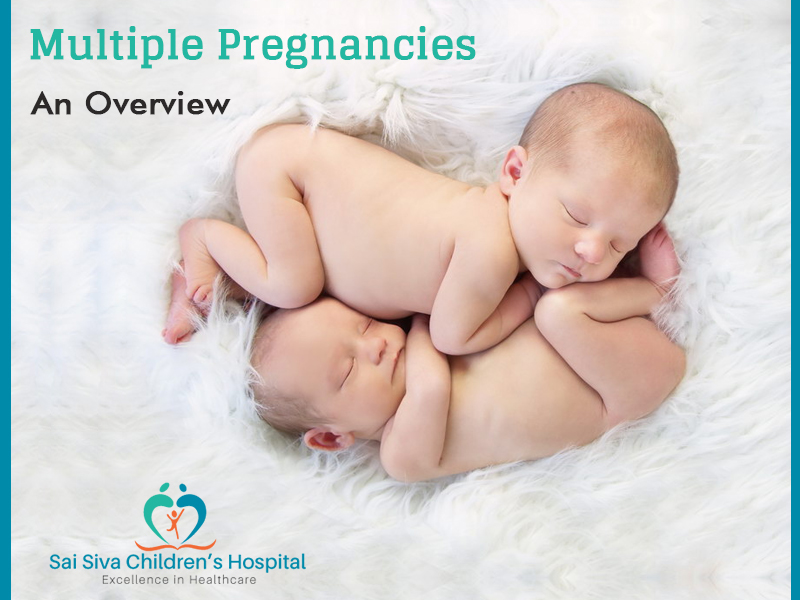 When you first receive the news of being pregnant, it’s one of the most joyous and life-changing moments. But, what if you are blessed with two or more, instead of one. Well, in some cases this can be a possibility. Multiple pregnancies can manifest due to many reasons such as family history, age, even due to fertility medication and treatments.

Read on, and know what some of the causes and symptoms of multiple pregnancies could be.

What Is A Multiple Pregnancy?

Multiple pregnancies are when an expecting mother might be pregnant with twins, triplets or more. In case, if someone is expecting three, or more it is referred to as a “higher order pregnancy” (quadruplets).

Multiple pregnancies can also be caused when there is more than one embryo is implanted into the womb(uterus). This generally occurs during the normal menstrual cycle, when each egg is fertilized by sperm. In some cases, a fertilized egg can split into, which eventually results in identical embryos (identical twins).

Your doctor will normally advise women to consume fertility medicine, to assist in increasing their chances of getting pregnant. Sometimes, when fertility medication is consumed, it can often cause more than one egg to be released from the ovaries. With IVF gaining popularity around the globe, it is also known to result in multiple pregnancies in many cases. This is due to more than one egg being fertilized in the embryo, and then being transferred to the uterus. These eggs are more likely to split into two after they are transferred to the uterus.

Even though this might come as a surprise, but age also plays a huge role when you might be expecting multiples. Women who are 35 and older, are more likely to release more than one egg when they are ovulating, which means they are more likely to have multiple pregnancies.

There are different types of multiple pregnancies which common across the globe. But, let’s understand them a bit better by how they take place.

Here are some of the most common pregnancies found:

Fraternal twins develop when two separate eggs are fertilized and then implant themselves inside the uterus. These developing babies generally share the same womb. They can either look similar or different in appearance, can be of the same gender, or of different genders too. A fraternal twins pregnancy is also considered to have fewer risks compared to all the other types of multiple pregnancies since each baby has its placenta and amniotic sac.

Identical twins develop when a single egg splits in half, and each of the embryo (half) is genetically identical, resulting in the babies sharing the same DNA. This also means that the developing babies share many characteristics together. Their appearance is known to be influenced mostly by their environment and genes, which can also result in the twins turning out to be different.

Triplets twins or higher order multiples develop from 2 individual eggs which are fertilized and implanted in the uterus. They can look identical when one egg is divided into 3 embryos, or they can turn out to be a combination of both. If you are expecting more than two babies at once, this would require you to have the much-needed support and rest, which is highly essential till your pregnancy is complete.

Symptoms Of A Multiple Pregnancy:

Knowing some of the symptoms will help you recognize whether you might be expecting multiples. But, it is always best to consult a doctor to acquire an accurate confirmation during your next visit.

Here are some of the symptoms which indicates the possibility of multiple pregnancies:

Expectant mothers with multiple pregnancies usually experience severe morning sickness compared to when you are expecting only one. They tend to feel nauseated quite often and also vomit more in the mornings.

We are familiar with the fact that during pregnancy singleton mothers usually gain 5 kgs, as their pregnancy progresses. But, in the case of multiple pregnancies, a woman can sometimes gain ten kgs or more. Weight gain also depends on the expectant mother’s current body type, height, eating habits, and pre-pregnancy weight.

Fatigue is one of the most common symptoms experienced by pregnant women during the early stages of pregnancy. This occurs because their body is getting used to taking care of the baby as well, which leaves them with very little energy for them to carry on with their daily routine. Fatigue can also be caused due to overworking, stressing and also exerting the body to do more. But, this usually scales up in multiple pregnancies, due to the mother’s body trying to provide a sufficient amount of nutrients to more than one baby.

Some women also have experienced early and frequent fetal movements during their pregnancy. But, sometimes singleton women also experience early frequent movements in their singleton pregnancies too. So, it is a bit hard to use this symptom as a confirmation for multiple pregnancies.

An ultrasound is one of the most accurate and effective ways of confirming whether you are carrying multiples in your womb. Multiple pregnancies can be confirmed with an ultrasound during the first trimester (first 12 weeks of pregnancy). The ultrasound will also indicate whether there are one or two placentas or amniotic sacs, present in the womb. So, you can request your doctor for an ultrasound to clear your doubts, during your next Doctor Visit.

Women who are carrying more than one child in the womb usually have a higher ratio count of hormones that are produced during pregnancy, which is also known as hCG. However, a higher count of hormones doesn’t automatically confirm that there are multiples. This should be investigated further by the help of a medical professional to verify the actual cause of the high hCG levels.

AFP (alpha-fetoprotein screening), is also known as a maternal serum is usually performed during the second trimester of pregnancy. This test detects if there are any specific birth defects in the developing babies, and also measure the amount of a peculiar protein which secretes by the fetal liver. When the test results indicate a positive or higher reading, this clearly indicates that there are multiple pregnancies.

This technique has been used by doctors around the globe to measure and monitor the height from the women’s pubic bone to the top portion of the uterus. The following measurement will also indicate the gestational age(how far along the pregnancy is from the first day of the last menstrual cycle). Women with multiples are known to have an increased uterine stretching, and the fundal height (distance between the pubic bone to the top of the uterus) is usually greater than the gestational age.

It is highly important to understand what multiple pregnancies is, along with the causes and symptoms, to clarify any doubts and gain absolute clarity. Knowing how to care for your developing baby plays a very important role which results in a healthy baby and smooth delivery. If you have any more concerns or confusion regarding multiple pregnancies, feel free to Book an Appointment on our website, or Visit Our Clinic. Our Experienced Gynecologists will be glad to provide you with the additional information you are looking for to help you have a healthy and enjoyable pregnancy.

Sai Siva Children’s Hospital, Chanda Nagar, is a full-fledged medical facility specially designed for pediatric patients as well as young adults. The hospital was started in the year 2008, with the aim of reaching out to schools and villages to educate the middle and high school students about health & hygiene. Sai Siva Children’s Hospital is one of the most sought-after children’s hospitals in Hyderabad with a team of Experienced Doctors and skilled staff who aim to help your child have healthy growth and development. We believe that children today are the future of our world, and must have good health to make the world a better place to live in.