Adolescence is a part of everyone’s lives. You too must have gone through that age of complete confusion, mood swings and much more. Now it’s your child’s turn to go through the same, and it’s totally normal. Understanding your child during this period is a great deal and definitely isn’t an easy task. However, it is also important to know that along with the mental changes, there are a number of physical changes that your child will have to go through, and that could make your child a little more sensitive.

So, who do you think can help you understand and help your child enjoy growing up? A counselor, or a doctor? Or do you think a combination of the two would be a better option?

That’s what the Adolescent Clinic at Sai Siva Children’s Hospital can help you with. Before we get into the nitty-gritties of how visiting an adolescent clinic can help your child, let’s understand what it is.

Adolescent medicine refers to the comprehensive treatment and care of young children who fall under the transition phase of becoming adults. The preteen phase as it can be called, is quite a difficult time for every child. Hormonal imbalances and other physical changes might impact how your child looks and how they behave, which can be handled with some external medical support. An adolescent clinic can provides careful counseling and medical treatments for young adults who go through a range of medical conditions that can make them feel a little unpleasant.
Let’s take a deeper look at these problems. 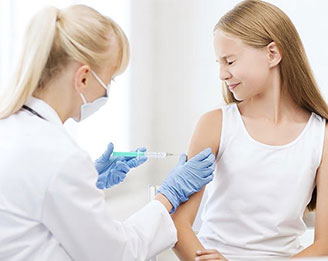 1. Physical changes: Physical changes are many. Children might start getting conscious about the way they look, and even sound. You might be puzzled with the fact that talks about how they sound. This is due to the changes in their vocal cords, and that plays an important role during puberty. Other physical changes include:

2. Emotional & behavioural changes: Emotional and behavioural changes are the most difficult to handle during adolescence. The age is quite a vulnerable one and needs a little extra attention than usual. Mood swings and a number of mixed feelings start cropping in their delicate minds. They start becoming self-conscious, and complexes can grow. Both inferior and superior complexes start growing in them and need to be addressed at the right time. Another important aspect of emotional and behavioural changes includes attraction to the opposite gender. Sexual feelings and thoughts arise, and can bring in a sense of guilt consciousness in adolescents.

3. Peer pressure: Peer pressure can occur due to various influences, such as extreme exposure to television, and the atmosphere they grow up in. Many teenagers get into bad habits such a smoking and drinking during their adolescence. It starts as a fascinating thing and soon becomes an addiction. This is also known as substance abuse. The feeling of low self esteem among friends and other peers influences many children to take the wrong steps to fit themselves among their peers, which leads to severe problems.

4. General health issues: Many young girls end up becoming extremely conscious about their appearance. They tend to develop eating disorders, and some might avoid eating if they are concerned about their weight, which leads to problems like anorexia. They get into a stressful phase where some might lose appetite and some get into a poor lifestyle which results in problems like obesity.

This stage of growth is such a delicate one where you can neither take your child to a paediatrician, nor to an adult specialist. Teenagers at this stage need someone to handle them with not just care and compassion, but also a lot of patience and strategy to push them on to the right track of life. Parents must start becoming more friendly, and less imposing. However, your adolescent medicine specialist will be able to guide you more on how to go ahead with helping your child cope with their adolescence.

Now let’s step into knowing what all conditions does an adolescent clinic deal with. Here’s the list.

At Sai Siva Children’s Hospital, we have a team of experienced specialists for adolescent medicine. They have been practicing adolescent medicine for more than a decade and are among the best doctors in the town. We offer a range of treatments to help your child have a happy transition phase as they enter adulthood. You are welcome to bring your children to us and have a consultation for a healthy teenage.